“I’ve got a problem and you’re the only company I’ve heard of that might be able to help me.”  In all honesty, we get calls like that pretty often!  It is always great when a customer has a difficult problem and we can offer a fairly simple solution.
In this case, the customer had a bundled directional drilling project in Texas.  Pipe was already being strung up, but they didn’t know how they were going to prevent pipe collisions from causing a bunch of damage during the pull through.  To make matters even more complicated, they were pulling four pipelines at once:  16”, 16”, 12” and 10”.  The customer needed a solution…and he needed it fast.
After several phone conversations, several emails and a face to face meeting, our customer was sold on the BBS system.  Material was going to be needed in about a week.  We were able to call in some favors with some of our suppliers; call in some extra labor for the manufacturing and hit the ground running the very next day.  Problem solved!
Like any pipeline project, there were surprises along the way.  Fortunately, there was a great crew in place for this project we had an excellent, quality focused contractor.  We had an inspector who combed through every detail with a fine toothed comb.  We had an active and involved end user.  We had a veteran road bore crew.  And of course, we had us – Joint Specialists – with decades and decades of experience with pipeline construction materials.

﻿
Altogether, each bumper installation took 3-5 minutes.  Once all of the BBS systems were installed, the pipe was bundled up and ready to be dragged through the mud.  This is where we ran into our biggest obstacle.  Just about 400 feet into the hole…the mechanism that grabs the pipe to pull it snapped.  We were told this almost never happens. ﻿﻿﻿﻿﻿﻿
﻿﻿﻿﻿﻿﻿﻿﻿﻿﻿
﻿﻿﻿﻿﻿﻿﻿﻿

﻿
As a result, the pipe bundle that had gone 400 feet into the hole….now had to come 400 feet back out of the hole in the opposite direction.  In addition, backing the pipe out was going to be a trickier proposition as it would be done with side booms.
Wow, this was going to be quite a test for the BBS system.  400 feet into the hole.  400 feet backwards out of the hole.  Then 1700 feet back in and through the hole.  Beyond all of that though, we were going to get a golden opportunity.  Most of the time, a pipeline enters a bore hole and is never seen again.  Here we were going to get to inspect our system first hand after a 400 feet round trip journey into the Earth!  Is our system really as good as we believe it is?  Let’s find out!
The inspectors and end user representatives were excited about this rare opportunity as well.  They were going to get to closely inspect a few dozen BBS systems.  Would any be missing? Were any bumpers left behind in the mud?  Has the pipe been crashing into the other lines, or not?  Every BBS system looked the same.  All perfect.  All exactly as they’d looked pre-bore (well except for the caked on mud!).  Down the line the inspectors went; running their fingers along each side of the bumper to make sure it was still in place, still standing and still functioning.  We had a 100% success rate. 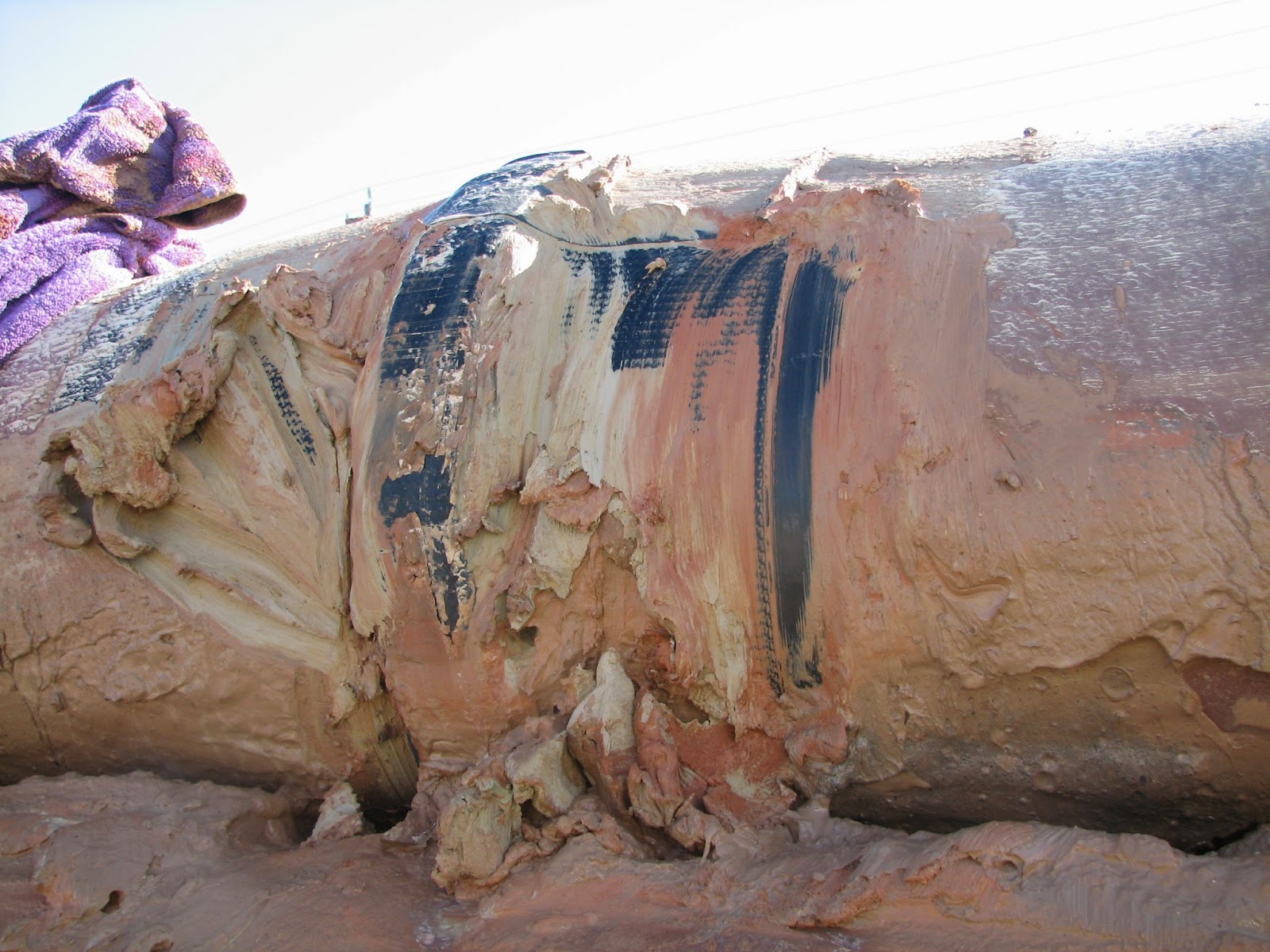 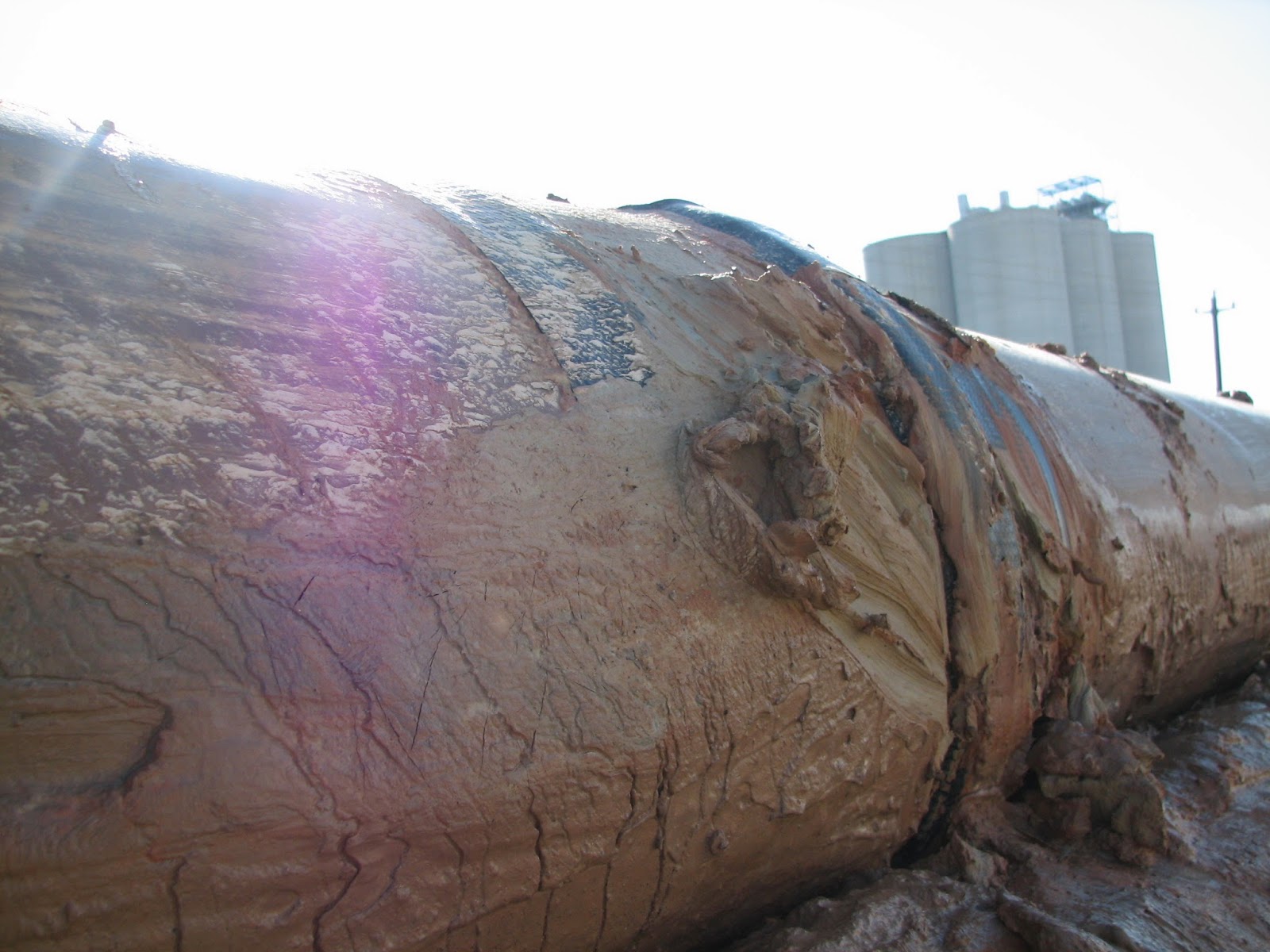 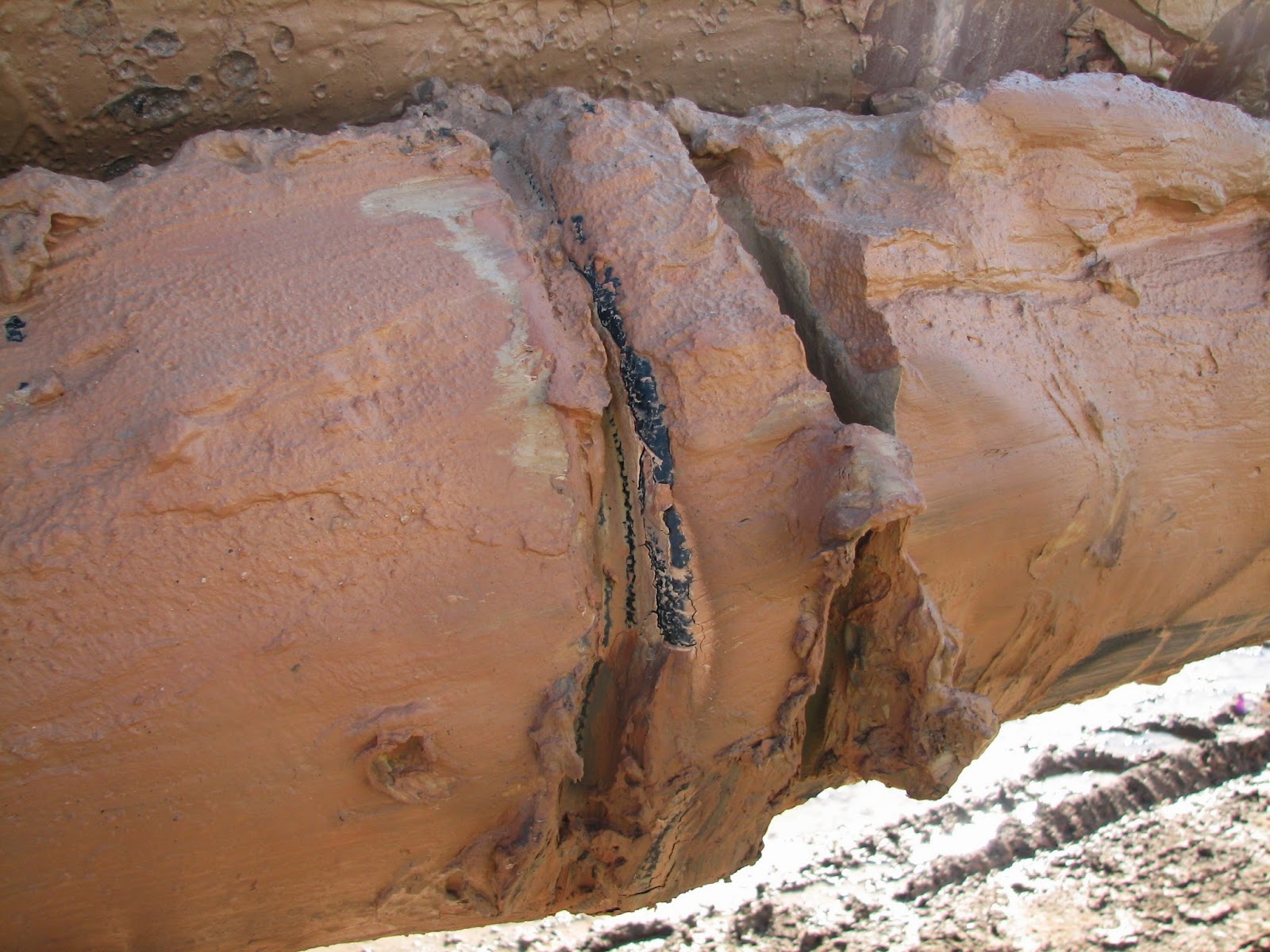 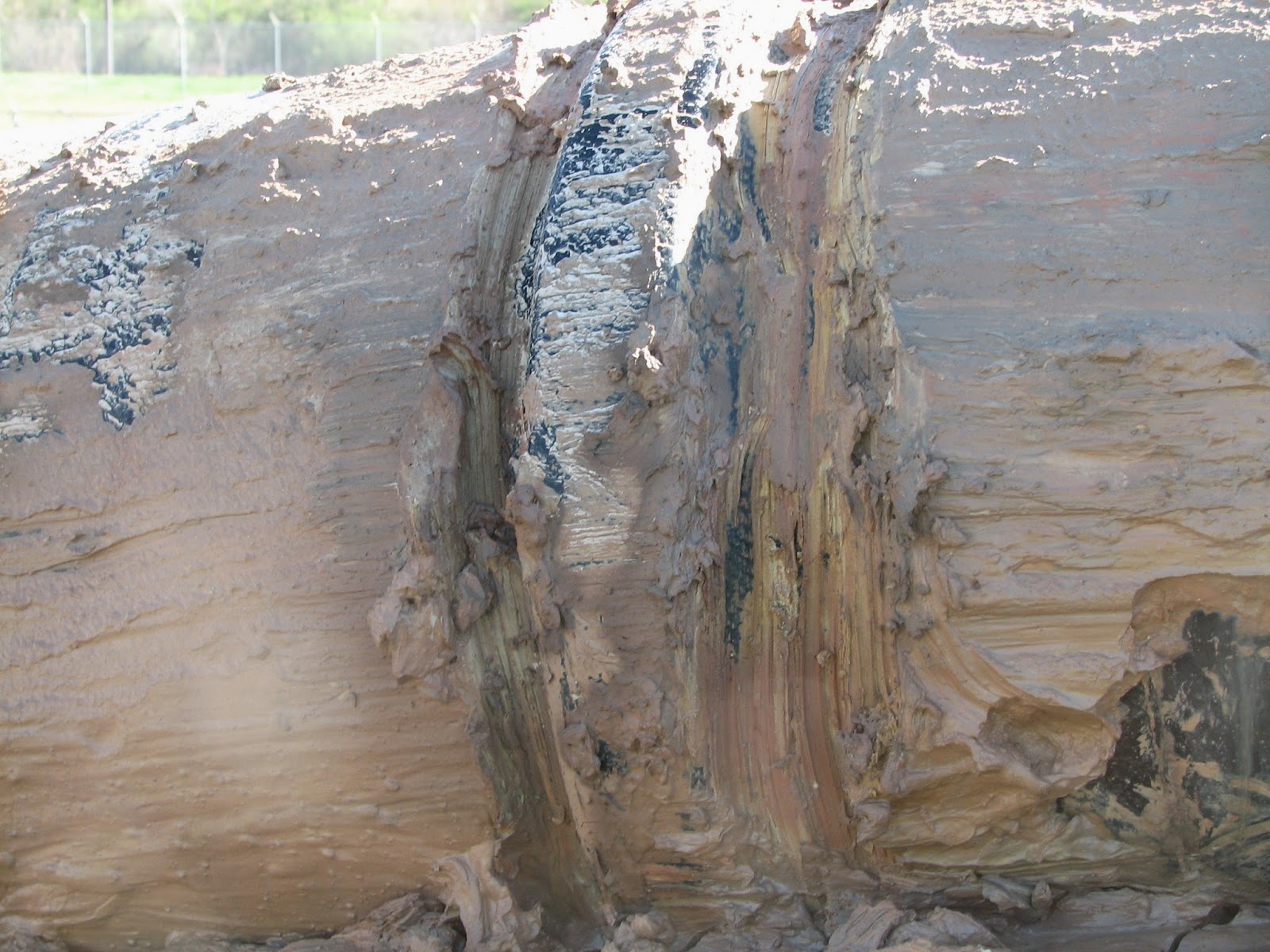 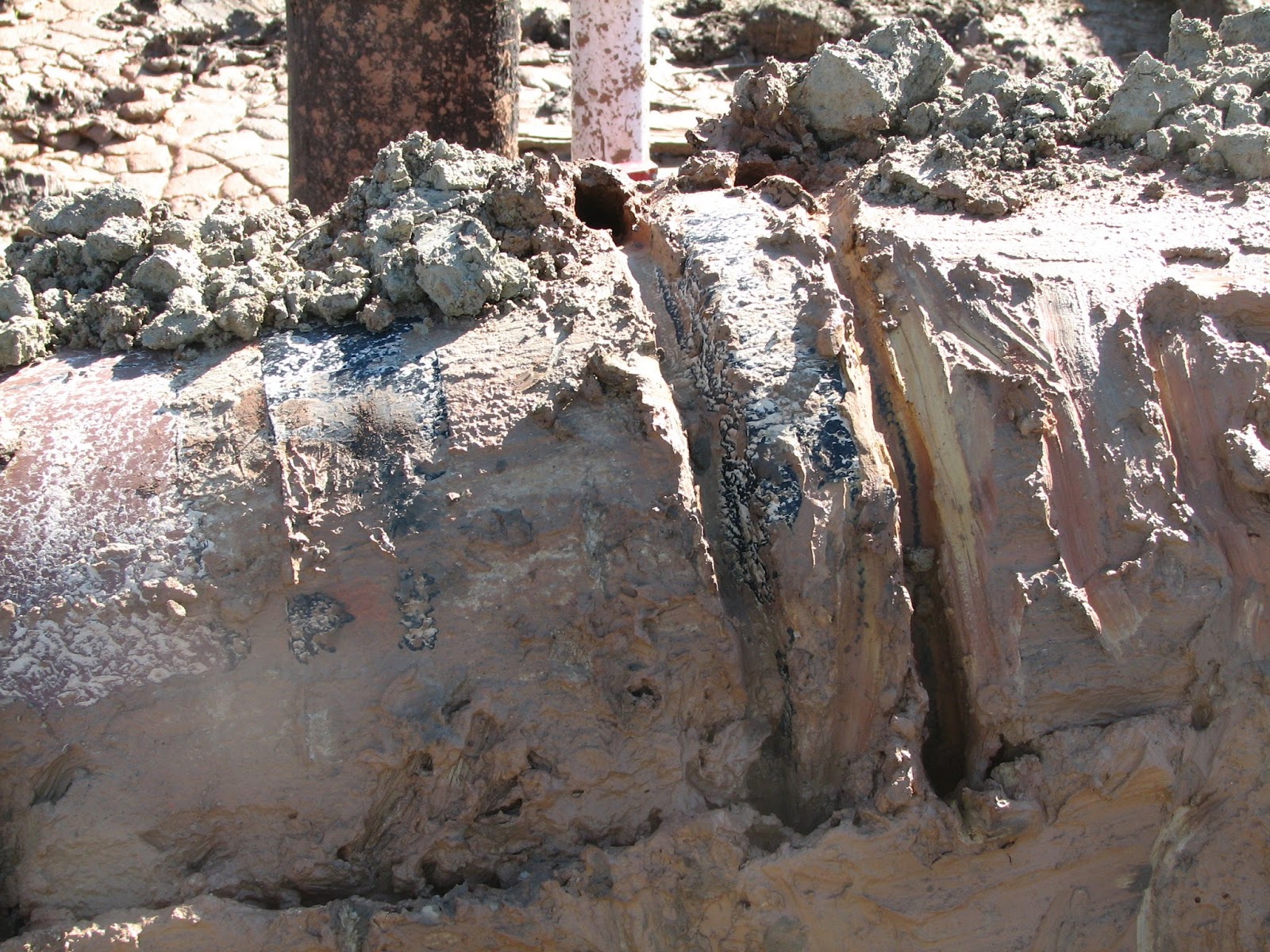 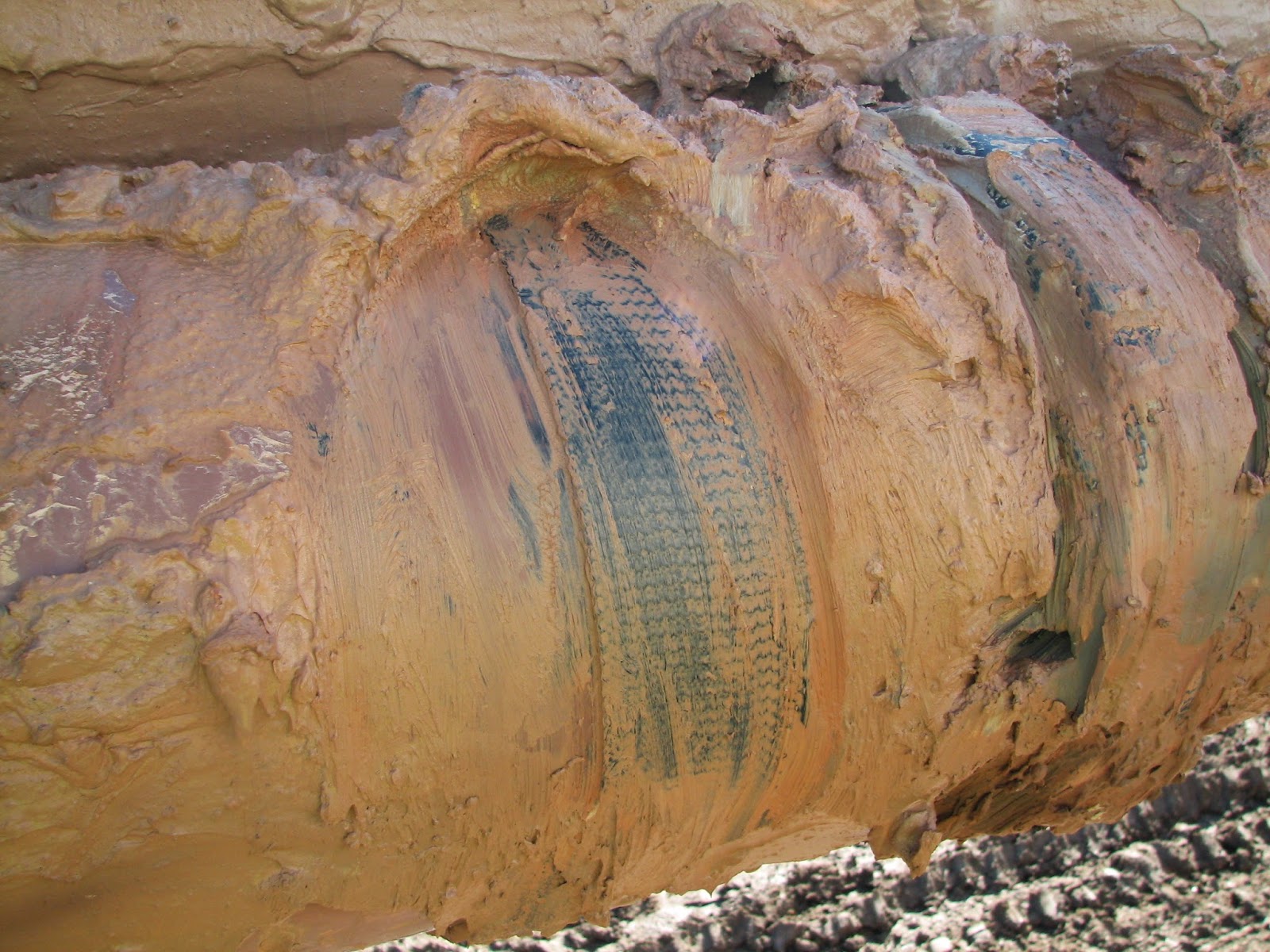 So there you have it.  Does our BBS system work?  Absolutely.  Do you have someone else presenting some kind of solution that they ‘say’ works? If so, please ask them to prove it with documented photographic evidence!  I’m confident that no one else can!
﻿
Posted by SteveSimpson at 10:43 AM