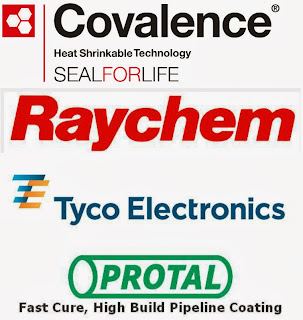 - Pipeline Corrosion problems caused by bad CP design.  Not enough coverage.  Not enough test stations.  Not enough contact with pipe.  No mention of where the coating failure was, but they do mention that 5 “dents” were found which would certainly lead me to believe there was some kind of major trauma inflicted here (during construction, from nearby construction after the line was in service, or something like that).  (read more here)
- Enbridge pipeline shutdowns cost the company $952,000.00 per day!
This does not include potential lawsuits – or clean up costs.
(read more here)


- Report released that knocks down some of the Keystone Pipeline opponents arguments?
(read more here)

Posted by SteveSimpson at 12:30 PM

Email ThisBlogThis!Share to TwitterShare to FacebookShare to Pinterest
Labels: News